About Trust, Part 7a – A Deeper Dive Into Connections, Culture and Hierarchies

As I wrote about in “Part Four: The Math of Trust” of this series of essays, “About Trust: A Forever a Work In Progress,” Connections-based Trust is all about the non-character, non-competency-based things that keep us connected in a healthy way. In the most recent essay, I wrote about Core Values because this is a concept that almost everyone interested in the art and science of company building has some familiarity with.

This essay is the first in a series of essays on Hierarchies (yes, a series within a series). Candidly, this is a hard series to write about for a host of reasons not the least of which is there are at least 9 types of hierarchies that I believe every company builder and / or leader should be aware of / understand and manage. These hierarchies include:

Like it or not, hierarchies exist, and High Trust Companies (HTC’s) endeavor to make sure they are productive, humane and resilient. Hierarchies are a fact of life. They exist across a broad array of fields of study and appear to have existed within the world of living things for at least a million years. That said, hierarchies have been under assault for quite a while (including in the world of organizational theory: see Zappos and holacracy-based organizations).

My brother Scott, like me, is both an entrepreneur and a leadership coach. There’s a Nick Saban quote he recently shared that I cite almost every day:

I share the above quote because I’m confident most average companies, and average leaders, would prefer to be left alone to do exactly what they are doing; leading exactly as they are leading and hesitant to not only talk about and / or purposely design and / or manage the hierarchies that exist within their company; let alone debate the associated rationale.

Truth is, no company is perfect and no leader is perfect. We need to get over pretending we are and be at peace with the notion that some of our hierarchies may not be as well thought out as they should be and we may need to take parts of our system(s) to the next level if we truly want to build HTC’s (i.e., companies that are extraordinarily productive, humane and resilient).

Like I’m fond of saying to my new clients:

“It’s up to you: do you want to operate with your head in the sand or lift it out, see the truth, and move forward with complete command?”

The choice is yours.

According to Wikipedia, hierarchies represent arrangements of “items” in which the items are represented as being “above,” “below,” or “at the same level as” one another. Hierarchy is a deeply important concept in a wide variety of fields, such as philosophy, mathematics, computer science, organizational theory, systems theory, and the social sciences (especially political philosophy).” More to the point, if you take a look at all of the items associated with Connections-based Trust, you’ll see that hierarchies are everywhere.

To make matters even more interesting, it’s fashionable these days to say that we are “not judging,” but the reality is we are “judging” all the time. “Do I like this?” or “Do I want to do that?” or “Do I value this more than that?” Each of our judgments is based upon some system of hierarchy-based preferences.

Now let’s take a look at a couple of the hierarchies we’ve already mentioned in previous articles. In future essays, we’ll get into the meatier hierarchies, like culture, ego, and structure (three of my favorite deep-dive subjects). By the end of this series-within-a-series, we’ll have explored all nine hierarchies and possibly added one or two more. (Please feel free to offer up suggestions of other types / forms of hierarchy that you believe need to be reasonably well understood by anyone interested in the art and science of building HTC’s.)

Every living thing (e.g., birds, plants, hippos, humans, etc.) has Needs. Some are must- haves (e.g., food, water and sleep); some are associated with more complex creatures (e.g., mammals versus plants), and some are great to have but not necessary (e.g., self-actualization).

As I’ve previously written, humans have a hierarchy of Needs, and I think Maslow’s Hierarchy of Needs (HoN) provides as useful a framework as I know of for understanding that our Needs move from “must-have” to “need” to “like-to-have” to “I’ve-got-all-I-need-but-I-want-to-be-more” as we move higher and higher up the pyramid.

Furthermore, students of Maslow will know that Maslow felt that the type of leadership needed changes as people and groups move up the HoN. As an example, the lower down the pyramid people / teams / companies are, the more they need clear hands-on help (e.g., the leader we need if we are lost in a cave is much different than the leader we need running our company). Conversely, the higher up the pyramid our company is, the more our people simply need a set of guiding principles (e.g., purpose, core values, clearly defined goals), clearly established levels of authority and reasonable access to the required resources (time, people, money), to do their Work.

The higher up the pyramid our companies are, the more people simply need a set of guiding principles,… clearly established levels of authority and reasonable access to the required resources… to do their Work.

In my opinion, HTC’s focus on helping all of their stakeholders thrive and recognize that they cannot wave magic wands and expect them to act and behave as if they are self-actualized if they are barely meeting their Level 2 Needs (i.e., health, freedom, feeling safe and secure personally and financially). Consequently, HTC’s focus on purposely helping all of their people, and their teams, move up Maslow’s HoN and they focus on moving people up one level at a time.

According to Wikipedia, Rights are “legal, social, or ethical principles of freedom or entitlement.”

Rights are considered fundamental to any civilization and almost universally considered to be pillars of healthy societies and cultures. Furthermore, the history of social conflicts is almost impossible to understand without viewing such through the lens of Rights.

I’ve been working on an essay series called On Rights that I hope to publish later this year. The essence of the series will be to make what I hope is a compelling case that we have a Hierarchy of Rights and that there are at least three levels of Rights. In my opinion, the first level of Rights is what the founders of the United States called “Unalienable Rights.”

I believe that a human’s Unalienable (aka inalienable) Rights include the right to:

In my opinion, it is only through having these Unalienable Rights that we are truly able to thrive and flourish as human beings.

The next level of Rights is what I’m currently calling “Foundational Rights.” Because people are flawed beings, these are the Rights that ensure our government is designed to protect our Unalienable Rights. History has shown that not only do bad leaders occasionally rise to power, but groups of people are highly persuadable and even pure democracies occasionally make bad decisions (see the concept of Tyranny of the Majority).

Time-tested examples of this category of Rights are those that, in addition to Unalienable Rights, are enumerated in the U.S. Bill of Rights (I — X) and the subsequent 17 amendments (XI — XXVII) to the U.S. Constitution. Three examples of these are:

Lastly, I believe there is a long list of what I call “Aspirational Rights.” These are the benefits of belonging that I believe most healthy societies would like to see available to all of their citizens. You can find a great number of these on the list of 30 Rights enumerated in the United Nations’ Declaration of Human Rights (UNDHR). Some of the Rights that I believe (feel free to disagree with me) are Aspirational Rights include:

As I wrote about in “Part Six: A Deeper Dive Into Core Values,” virtually every HTC is built upon a relatively small number of Core Values that help define who the company is, culturally speaking, as a group of people.

Virtually every High Trust Company is built upon a relatively small number of Core Values that help define who the company is, culturally speaking, as a group of people.

While it may appear that all HTC’s share the same set of Core Values, the reality is that every company is unique. In fact, I’d go so far as to suggest that, to paraphrase George Orwell, “while all Core Values are equal, some Core Values are more equal than others.”

Case in point, in our most recent quarterly meeting, our Ninety.io leadership team had an interesting debate regarding whether certain Core Values are so important that even an average rating (not necessarily being a “poster child” for that value) would mean that the person was “below the bar” in terms of being a cultural fit. We ended up not making any of our Core Values so sacrosanct that everyone had to be exemplary or they were below the bar, but it was a great discussion.

In summary, HTC’s have clearly defined Core Values and that by definition, certain values are of higher importance than others. For some companies, they may even have one or two Core Values that are must-haves.

That’s all I feel is appropriate to write about in this essay. I am looking forward to sharing with you my thoughts on the hierarchies associated with Culture, Structure and Ego. Until then, may you build with passion and confidence and listen with humility. 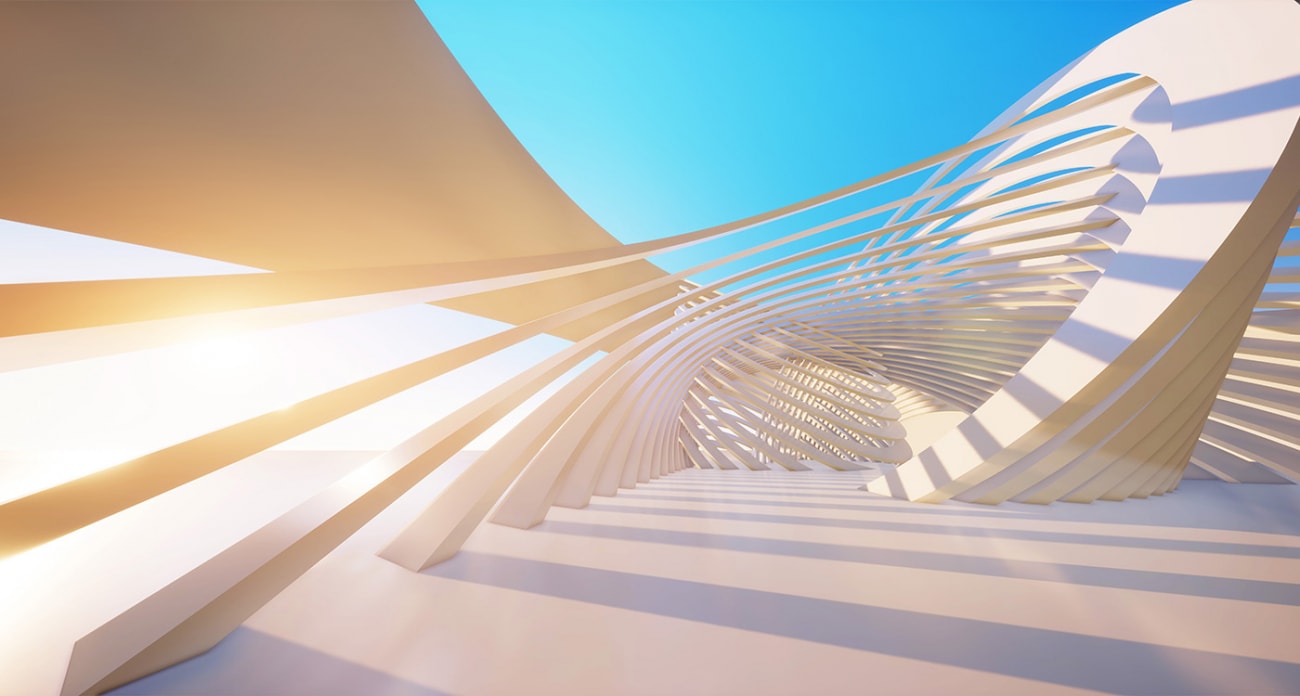 About Trust, Part 7b - A Deeper Dive Into Connections, Culture and Hierarchies